The FriendShip began as the dream of a small group of Columbia, South Carolina residents in 2012 when they read about the "village concept" in the AARP magazine.  This concept, which holds that a membership-driven network of older adults and volunteers can create a system of supports to help people age successfully in their own homes and communities, immediately resonated with these individuals. They decided to attend their first Village to Village Network conference in Atlanta, Georgia later that year. They returned to South Carolina with a new sense of determination and got to work developing a village tailored to the Columbia area.

Throughout 2013, the group met for regular strategy sessions and worked with students from the University of South Carolina Law School to establish by-laws, articles of incorporation, and formal 501(c)3 status.  Fundraising, organizing, and launch preparations continued throughout 2014 and in the fall of 2015 The FriendShip formally opened! Today, The FriendShip is happy to be an ever-growing, vital part of our community serving the over-50 population in the Columbia, South Carolina area.

To learn more check out:

The FriendShip is part of the nation-wide village movement that coordinates volunteers and resources to provide a network of services, programs, and activities to support aging-in-place, or aging-in-community.

The village movement was launched in 2002 when Beacon Hill Village, in Boston, Massachusetts, first opened its doors for service. There are now over 15,000 members in more than 90 active villages across the United States, and over 140 more villages in development.

You can learn more about the village movement from the Village to Village Network.

ABOUT | Mission and History​

About the Village Movement 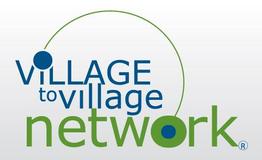 The FriendShip supports older adults in the Columbia community who choose to live in their homes and maintain healthy, independent, active, and engaged lifestyles.